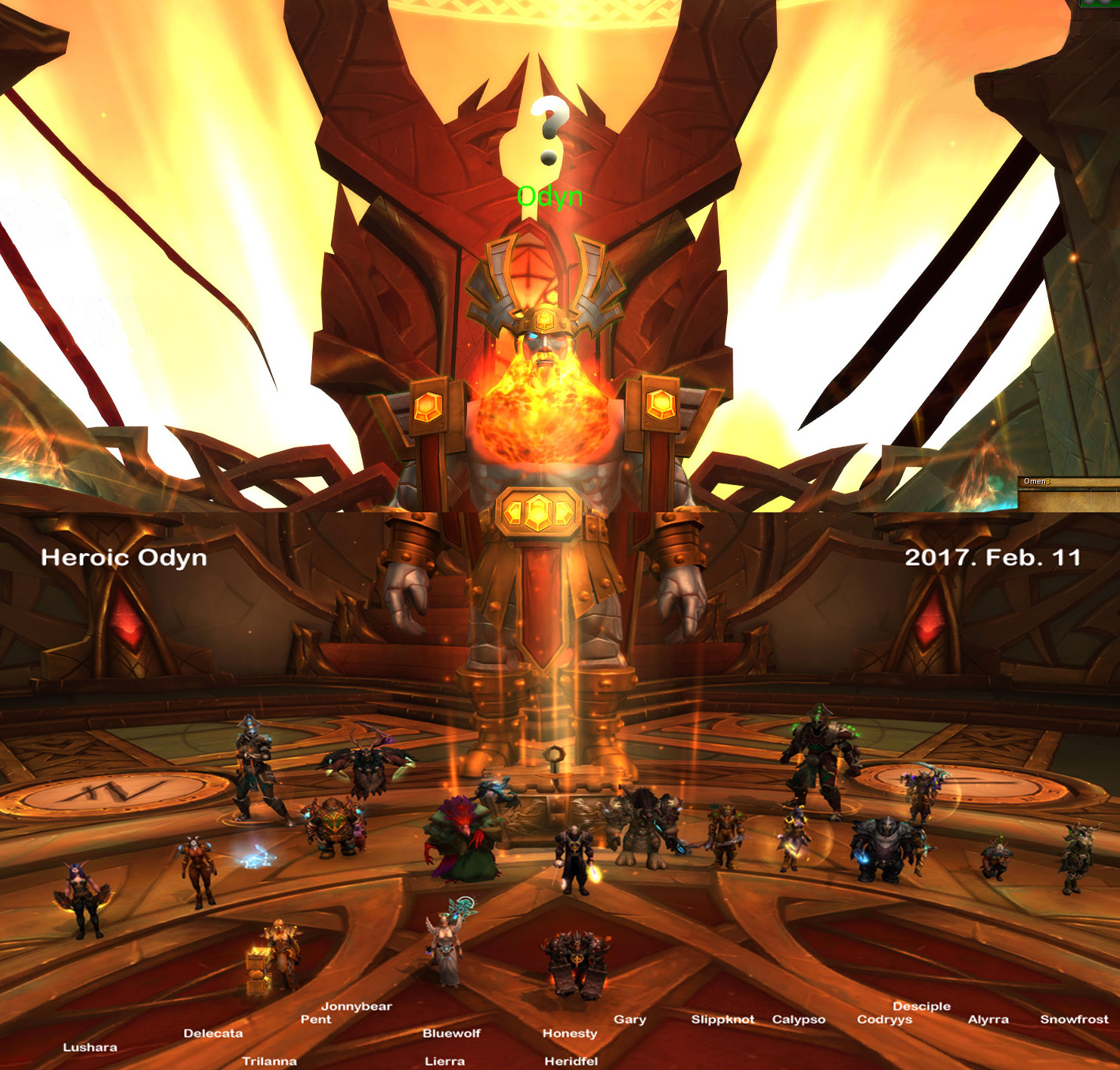 Lierra did a special picture to enable us to capture Odyn's magnificent beard.

Blizzard should really build in some kind of group photo feature to WoW that would enable easier capture of the ginormous bosses they create...

Most of the time for our pictures, the boss - ginormous or not - is stretched out on the floor behind us... and only his name is 'way up in the sky, needing to be  Photoshopped down to be seen at "our level".  Odyn is one of the few exceptions.

For Odyn, we could have tried standing shoulder to shoulder in a single line  ... and maybe Honesty's camera could have pulled back far enough to catch us all and Odyn.  Maybe.  Instead I faked it.  At first glance it just seems a little off... but it takes very little inspection to see that it is simply two different pictures "melded" at the belt buckle.  Literally.  I didn't even try to make it more than momentarily convincing. <smile>

There is currently 1 user online.

In order to support Trivial, and all the things we do as a guild, some people have been kind enough to donate funds for some of the out-of-game services we use.

If you would like to help those people out by throwing a few dollars their way, or would like to know more about this, visit this page.